Tobacco Consumption Among Children Is Rising, What Are The Adults Doing?

Home / News / Tobacco Consumption Among Children Is Rising, What Are The Adults Doing? 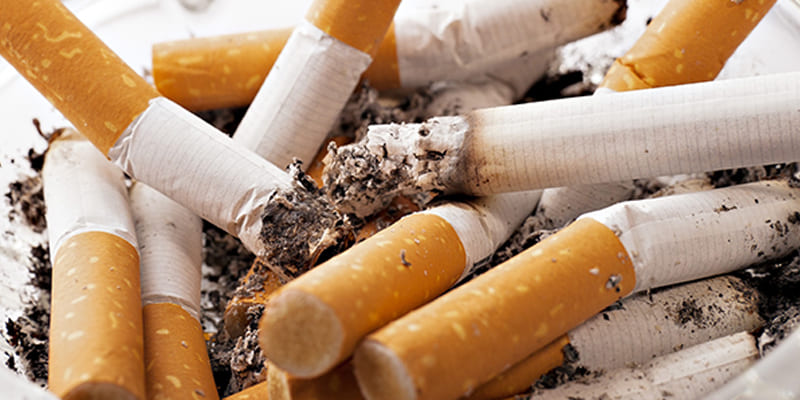 According to the recent Global Youth Tobacco survey, 1/5th of Indian teenagers (13–15 years of age) use tobacco products. 38% of teenagers are addicted to cigarettes, 47% are addicted to Bidi and 52% are smokeless tobacco users, among whom many picked up the habit of tobacco consumption before turning 10 years old! Another survey by the leading HCG Manavata Cancer Center in Nashik sheds light on some alarming statistics like 40% of children, largely from standards 8, 9, and 10, being exposed to some form of tobacco. When asked for a reason, the most common reply was that the elderly in the family or even teachers regularly sent them to get tobacco products. So, since the elderly are seen using them, they assume it’s the right thing to do and were tempted to use them themselves as well. The other big influence has been watching their favorite heroes smoke on screen!

According to Dr. Raj Nagarkar, MD, Chief Robotic Surgeon, and Surgical Oncologist, HCG Manavata Cancer Centre, World Anti-Tobacco Day are often co-related with lung cancer awareness, but in reality, there are many more dangerous ailments and medical issues caused due to the use of tobacco, such as skin diseases, impotency/infertility, and hypertension. In India, the causes of infertility are at an all-time high in the last 4 decades, attributed to the use of tobacco.

Some major ailments that can affect your health due to tobacco are:

The most likely cause of death for people who smoke is a fatal heart attack, stroke, or heart failure, rather than cases of lung cancer. In fact, tobacco consumption creates the risk of cardiovascular attack without any warning signs.

Research studies indicate a correlation between the pancreas and a part of the brain active in nicotine intake, thus making smoking a potential risk of getting Type 2 Diabetes.

De-functioning of the reproductive system

Tobacco causes the narrowing of blood vessels all over your body, including those that supply blood to the reproductive system. Thus, there is a rising number of cases of erectile dysfunction among male youth and cases of ectopic pregnancy, a life-threatening reproductive complication in women that is more likely in smokers.

No doubt that the pandemic has caused havoc in the social ecosystem and led to more stress and panic, but it is imperative that we take a conscious step towards reducing the consumption of tobacco amongst the youth and children because they get addicted to this vice at a young age, which also means a future generation of weak, sick, and poor mental and physical health people.