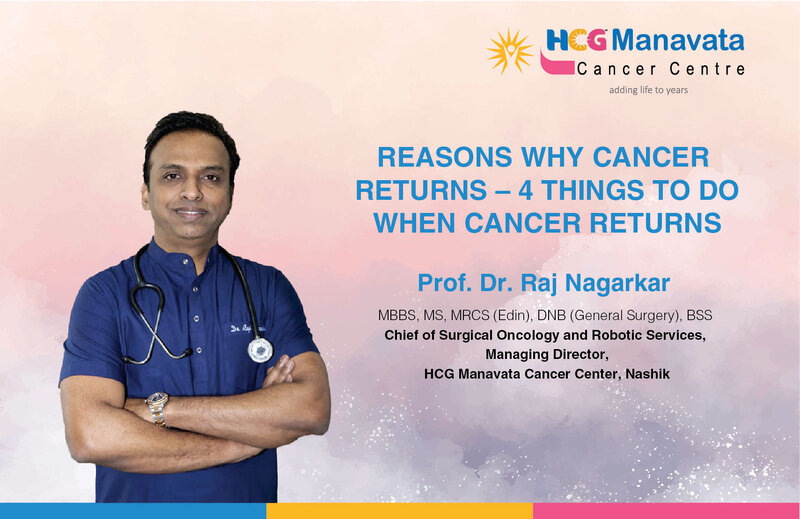 There are several reasons why cancer returns. Some of them are:

What to do when cancer returns

Which cancers most commonly recur?