Cancer Diagnosis during Pregnancy: Here’s What You Should Know

Home / Blog / Cancer Diagnosis during Pregnancy: Here’s What You Should Know 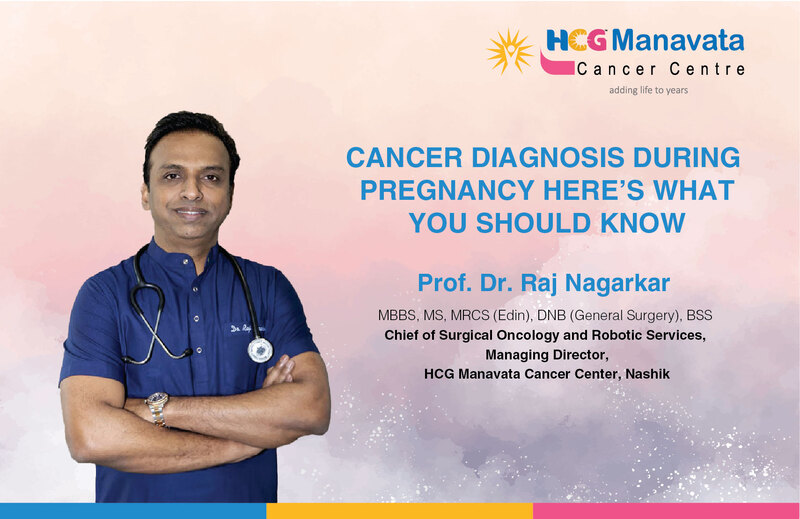 Types of cancer during pregnancy

Pregnant women do not have an increased risk of cancer due to pregnancy. Breast cancer is the most common cancer diagnosed during pregnancy, affecting almost 1 in 3000 pregnant women. Other common cancers diagnosed during pregnancy are cervical cancer, ovarian cancer, thyroid cancer, Hodgkin lymphoma, colorectal cancer, melanoma, skin cancer, non-Hodgkin lymphoma, and leukemia.

Rarely, cancer may also develop due to molar pregnancies. It is a gestational trophoblastic disease involving abnormal uterine cell growth. Although the symptoms of molar pregnancy are similar to pregnancy symptoms, a fetus is not formed from molar pregnancy.

Physiological changes during pregnancy may overlap and mask the signs and symptoms of cancer. It results in delayed cancer diagnosis as the patient, and the caregivers consider cancer symptoms to be pregnancy. Even if the symptoms indicate the possibility of cancer, the healthcare providers do not immediately evaluate due to the potential risk of diagnostic techniques on the fetus. Further, even if the evaluation is performed, the risk of false negatives or misdiagnosis is high as pregnancy may interfere with the specificity of the diagnostic methods. If the woman has cancer symptoms, she should consult with the gynecologic oncologist in Nashik.

Diagnosis of cancer during pregnancy

Some of the techniques used for diagnosing cancer during pregnancy are:

Treatment of cancer during pregnancy

Pregnant women diagnosed with cancer should receive the best gynecologic treatment in Nashik. Some of the treatment options available to oncologists in cancer during pregnancy are:

Effects of cancer on pregnancy

With the advancement in treatment options, there is no need to terminate the pregnancy in most cases. However, in some cases, women may be required to deliver the baby before completing the gestation period. The patient should follow the instructions of the oncologists and should not miss any follow-up visits.

Effects of cancer on lactation

It is not known how cancer affects the fetus. In rare cases, such as melanoma or leukemia, cancer may spread to the fetus. The doctor comprehensively examines the baby for any signs of cancer. The cancer treatment may also harm the fetus.

If possible, the doctor may advise the patient to delay the treatment until delivery. It may be the case when the cancer is diagnosed at a later stage of pregnancy or if the cancer is at an early stage. The doctor may also opt for early delivery if required.

Diagnosis of cancer during pregnancy has little or no effect on the overall prognosis compared to non-pregnant women. However, there may be an effect on the outcome due to delayed diagnosis or delayed treatment due to pregnancy.